General Wellbeing - It's not all about the body...it's the mind as well

This month, I'll be looking at the relationship the body and the mind have, specifically the interplay between physical and emotional stress. On a basic level we all intuitively know that exercise, gentle, or otherwise can make us 'feel' better. This is because during exercise endorphins are released by the body, they attach to the neuro-receptors in the brain, which in turn gives pain relief, or a 'natural' high.

If we look a little deeper into how the mind and body works, it becomes harder to understand their exact relationship, but at the same time easier to realise just how important trying to keep both elements in harmony is.

We will start with the peripheral nervous system (PNS), something you could refer to as the body. Essentially there are 2 main parts (there are also 2 additional sub-sections to the PNS, however, for the purposes of this article I will leave these alone).

The first main part is the autonomic system. As the name suggests the autonomic system controls the 'subconscious' bodily functions (i.e. those things we don't have to think about), such as heart rate, breathing, body temperature, blinking, the digestive system etc. The second part is the somatic nervous system, this system is more readily controlled by the conscious mind, and is in charge of voluntary movement. However, neither part is entirely separate from the other and voluntary muscles can be called into action by the autonomic system and elements such as breathing can be (temporarily at least) controlled by the conscious mind. An easy way to visualise how these systems interact, is to imagine to partially overlapping circles (such as a venn diagram, see below). 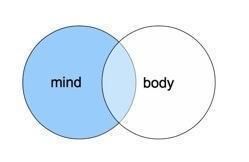 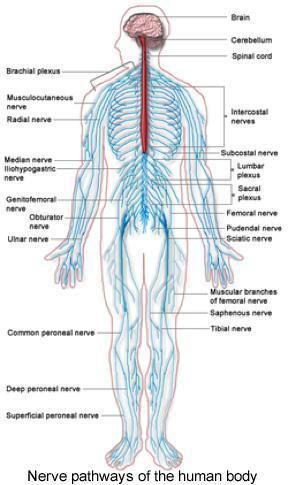 The central nervous system is the hub that controls and regulates everything (the mind) but it also accepts feedback from the peripheral system. Therefore, to put it simply if your mind is 'stressed' then there is a greater chance of this being reflected in the body, similarly if the nerve endings get 'stressed' this can affect the mind.

This is not to say that neither treatment will work in isolation, often providing a client with physical rehabilitation will be enough to allow the mind to adjust and vice versa. However, if you’re struggling, or you know someone who’s struggling with pain it may be worth broadening the treatment approach, to take in both the body and the mind.

Top five tips to keep the mind and body balanced